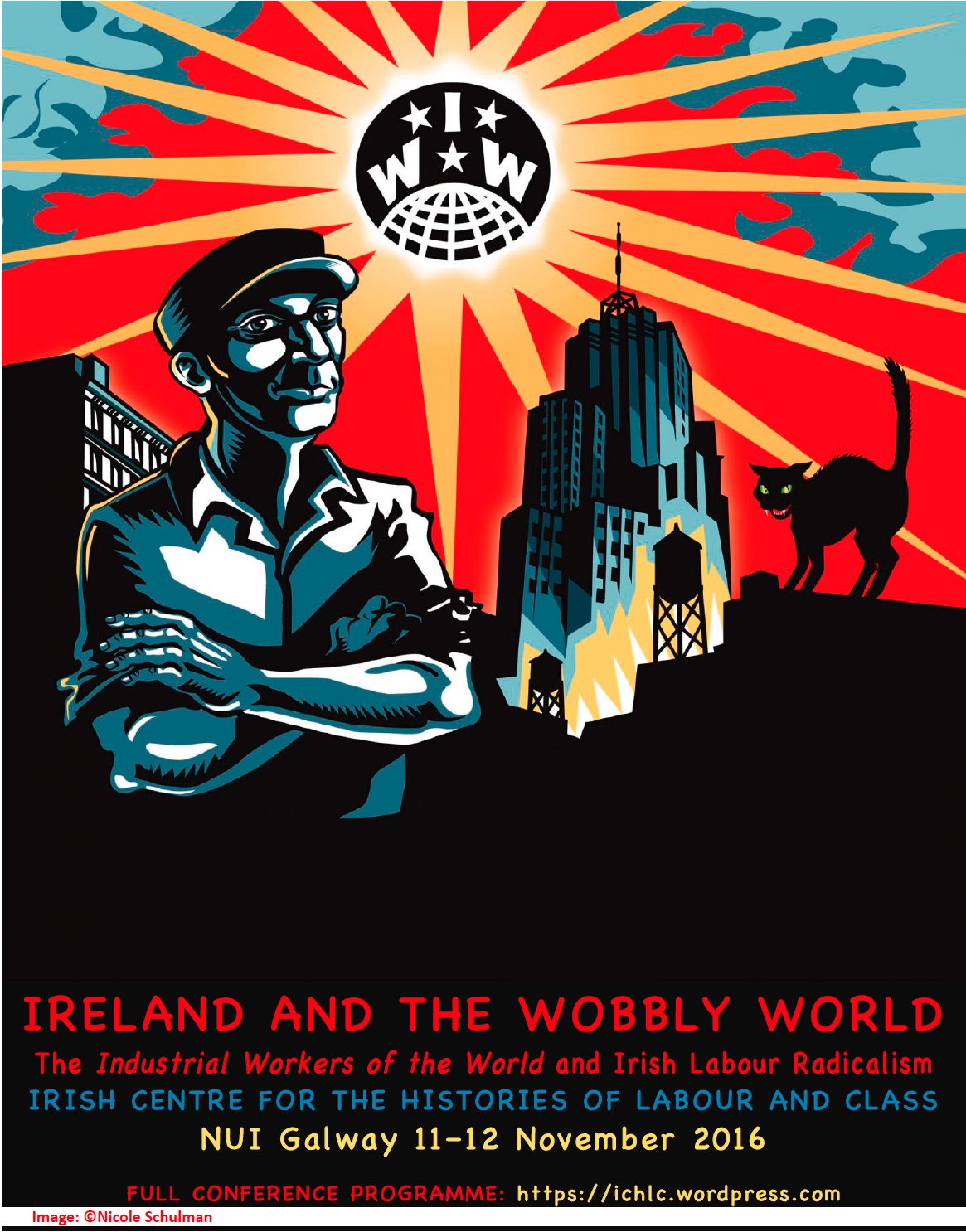 The Irish Centre for the Histories of Labour & Class held a very successful conference over Friday and Saturday 11-12 November 2016 titled ‘Ireland and the Wobbly World’.

The proceedings were recorded and are available to listen to below.

We would like to thank everyone who presented and attended over the weekend, you made it a superb event!

The Rebel Irish & the IWW: The Roots of American Syndicalism, Kristin Lawler
Sacco and Vanzetti and the Radical Irish World, Niall Whelehan
From Socialist to Syndicalist, to Communist: The political development of William Z. Foster, 1904-1922, Liam Ó Discín

Unfortunately due to a technical issue, Tadhg Foley’s presentation was not recorded and so does not appear on this track. Catherine Connolly TD was due to chair this session but was unable to do so. It was instead chaired at short notice by David Convery of the ICHLC. Hence the remark concerning deputy Convery at the beginning of the audio.

From left to right: David Howell and Tish Gibbons

American Reactions to the 1916 Rising, Luke Gibbons
Rebel Women and the IWW, Teresa Moriarty
The Irish & the Mooney case: a miscarriage of Justice in California, John Borgonovo

This entry was posted in Uncategorized. Bookmark the permalink.